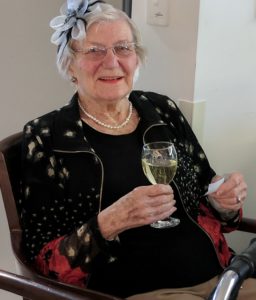 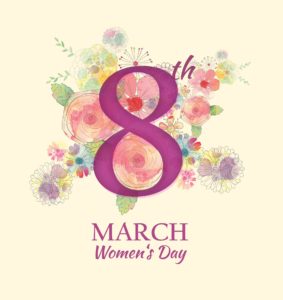 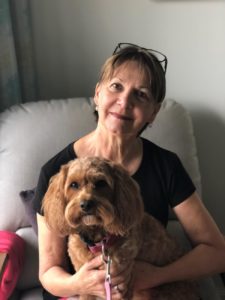 99-year-old Enid Temperley (left) was born in 1920, the eldest of two children, both girls.  She lived through the Great Depression and clearly remembers her mother crying when she learned the news that her father had lost his job as a store manager.   Fortunately, he did secure a government postal job which meant that the family had to move, affecting schooling and friendships for Enid and her sister. The girls had to help in the post shop every day after school, on weekends and often school holidays. Although Enid had achieved entry to a selective high school, her parents could not afford to send her to university, so she left school at 16 to help support the family.  She worked at AMP Insurance in the city as a switchboard operator…she tells us that she got hat job because her voice was clear, and her words were pronounced precisely and correctly!

Enid was among the first wave of women in Australia to volunteer for the armed services at the beginning of WWII.  Enid wanted to help make a difference to the war effort just as her father and uncles had done in the first World  War. She joined the Australian Women’s Army Service (AWAS), a non-medical women’s service established to release men from certain military duties for employment in fighting units.  The service grew to over 20,000-strong and provided personnel to fill various roles including administration, driving, catering, signals and intelligence.

Enid quickly excelled in her training in the Signals Corps and became so successful she was appointed to train the new intake of recruits coming through. She travelled to many locations such as Holsworthy, Melbourne and other barracks around Australia passing on her knowledge to the next generation of women breaking the stigma of a male dominated armed forces.

In Enid’s time women were expected to resign from their jobs as soon as they got married. Women would often hide the fact of their engagement for as long as possible to maintain their income and place in working society, knowing that their roles would be downgraded as soon as word reached management. Enid hid hers as well.

During this era married women were expected to be homemakers.  But Enid’s experience working in her parent’s shop, the AMP and the army, meant that she did not hesitate to go into business with her husband.  They ran a successful printing business for many years, and Enid is very proud of their achievement and especially her reputation as a strong and confident businesswoman.

Enid has lots of mottos but one of her favourites is printed out in her room. It says, “I had no shoes and complained, until I met a man who had no feet.”

Enid’s children Heather and Louise and Neil are obviously proud of their mum, they say that one of the biggest lessons she taught them was to never give up when things get tough.

Enid has a flair for fashion and is rarely seen without a beautiful outfit and nice pieces of jewellery; and although her mobility is limited, she still enjoys physical activity attending the hydrotherapy group, and exercise classes 2-3 times a week.

Resident Julie Rankin (right) is smart, articulate and has a talent for mathematics.  Her daughters Lisa and Alison tell us that their mum has always been a great inspiration to them.  She has great passion for life, sailing, sewing and a love of the outdoors which saw the family orienteering on a regular business.  Professionally Julie worked as a 4 Unit maths teacher and then when school had finished, she would take up her role with the family business – the Flower Barn at Taren Point.  Together Julie and her husband Mark worked hard to create a good work life balance for the family.

In 2014, aged 59 Julie received a diagnosis of Alzheimer’s, then in 2016, Mark was diagnosed with terminal cancer.  Bravely Julie and Mark sat down with their daughters and explained their decision to move into residential aged care.

Julie explained: “this was a two-part decision, firstly I know my daughters love me and would do anything for me.  But I wanted them to be able to enjoy their young families without the burden of caring for me and throughout the progression of my disease.  Secondly this was something I wanted to do for myself, I see it as a way of as a way of keeping my independence for as long as possible.”

Julie’s daughter Lisa said, “as hard as it was at the time, this decision meant that Mum and Dad were able to spend the time they had left together as husband and wife without having to be each other’s carers.  When Dad passed, he was comforted by the knowledge that Mum was safe happy and well cared for.”

Her family marvel at her inner strength and her determination to press on, to continue to do the things that give her joy whilst remaining as independent as possible.

Julie’s motto is “Brave and Sensible” and she understands that her condition requires her to follow medical advice and do as told when necessary but, she doesn’t allow her diagnosis of Alzheimer’s to limit her confidence, her desire to try new things and her desire to continue to be an active member of the community around her.

General Manager, Mary Gibbs say’s “I am surrounded by inspirational women and it was hard to choose only two stories to tell.  But, it is impossible not to be inspired by these Ënid and Julie, two wonderfully inspiring ladies.  In their lifetimes they have faced adversity and they have not only survived; they continue to live their lives to the full and make positive contributions to their communities.  I am proud lead the team who supports and enables them.”