Robert James – A passion for Patchwork 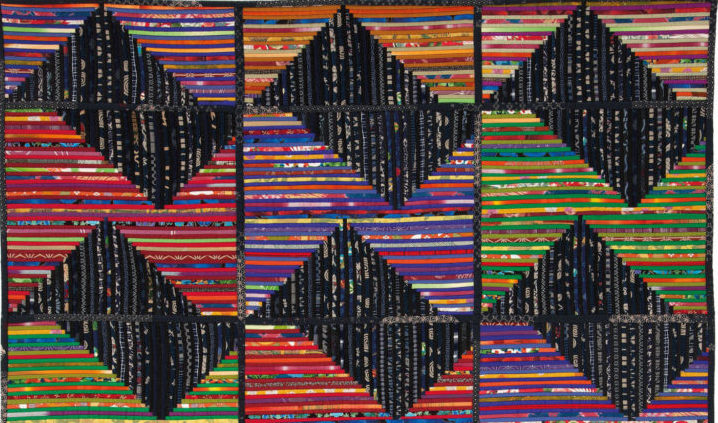 ROBERT JAMES: MY PASSION FOR PATCHWORK – a journey through quilting 2000-2018

I began quilting in 1999. I asked Maree Blanchard to make me a quilt from batik squares. She politely suggested that I make it myself. I did and was hooked.

Robert James is a self-taught patch worker who quilts every day. His abstract works are inspired by his research into Theosophy and how this influenced painters such as Kandinsky and Mondrian, as well as the works of contemporary quilters like Michael James from the United States and Anne Woringer from France.

Robert James began quilting in 1999 after a career teaching drama. He has exhibited throughout Australia and in the United States, receiving numerous awards. In 2014 his quilt, From Indigo to silk, won ‘Most Creative Use of Colour’ at the Sydney Quilt Show. In 2015 he was one of the artists included in the major exhibition, Labours of Love: Australian Quilts 1850 – 2015. This year he is the feature quilter at the 2018 Sydney Quilt Show.