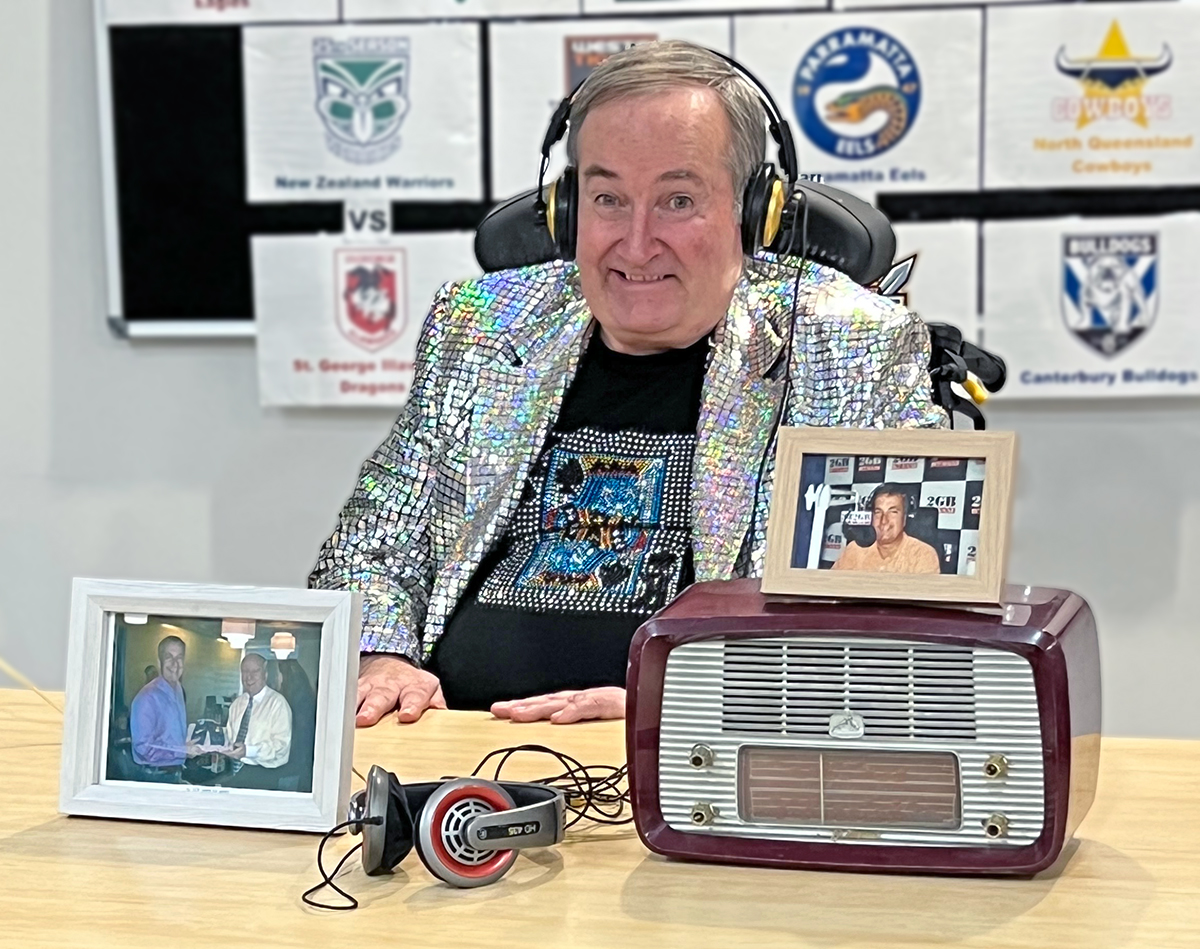 In honour of World Radio Day (13 Feb), former 2GB Radio presenter and Moran Sylvania resident, Glenn Wheeler OAM took to the air wearing the original radio headset that he used for many years. Glenn took the opportunity to reminisce about his days on-air and connect with enthusiasts around the world.

Glenn Wheeler AO is our own Moran media personality and former radio and television presenter. He has called Moran Sylvania home for 3 years and has been a keen participant in many of our activities especially our recent World Radio Day, men’s shed, footy tipping and entertainment. Glenn is best known for his shows on radio 2GB.

In 2021 Glenn was awarded the Order of Australia Medal for services to the broadcast media and to the community. The honour officially recognised Glenn’s impressive career as well as his charity work.

Glenn’s family and supporters took to social media to show their appreciation:

“You are an inspiration to us all Glenn. My Mum who was bedridden in her old age, loved listening to your late night talk back show, it encouraged her and lifted her spirits, thank you Glenn for this.” Debbie Bates

“Glen use to come and support our Rotary Club at Cronulla.  He was always available to MC our charity fundraisers and had the whole room involved in lots of laughter.  Such a giving and kind man thank you Glenn for all your service to our Rotary Club and thank you to Morans for looking after all your wonderful residents.” Maria Moran

“We can’t thank the Moran Sylvania team enough for all the amazing care and support you give to Glenn. You guys are all awesome!” Michelle Wheeler