The Queen at Sylvania 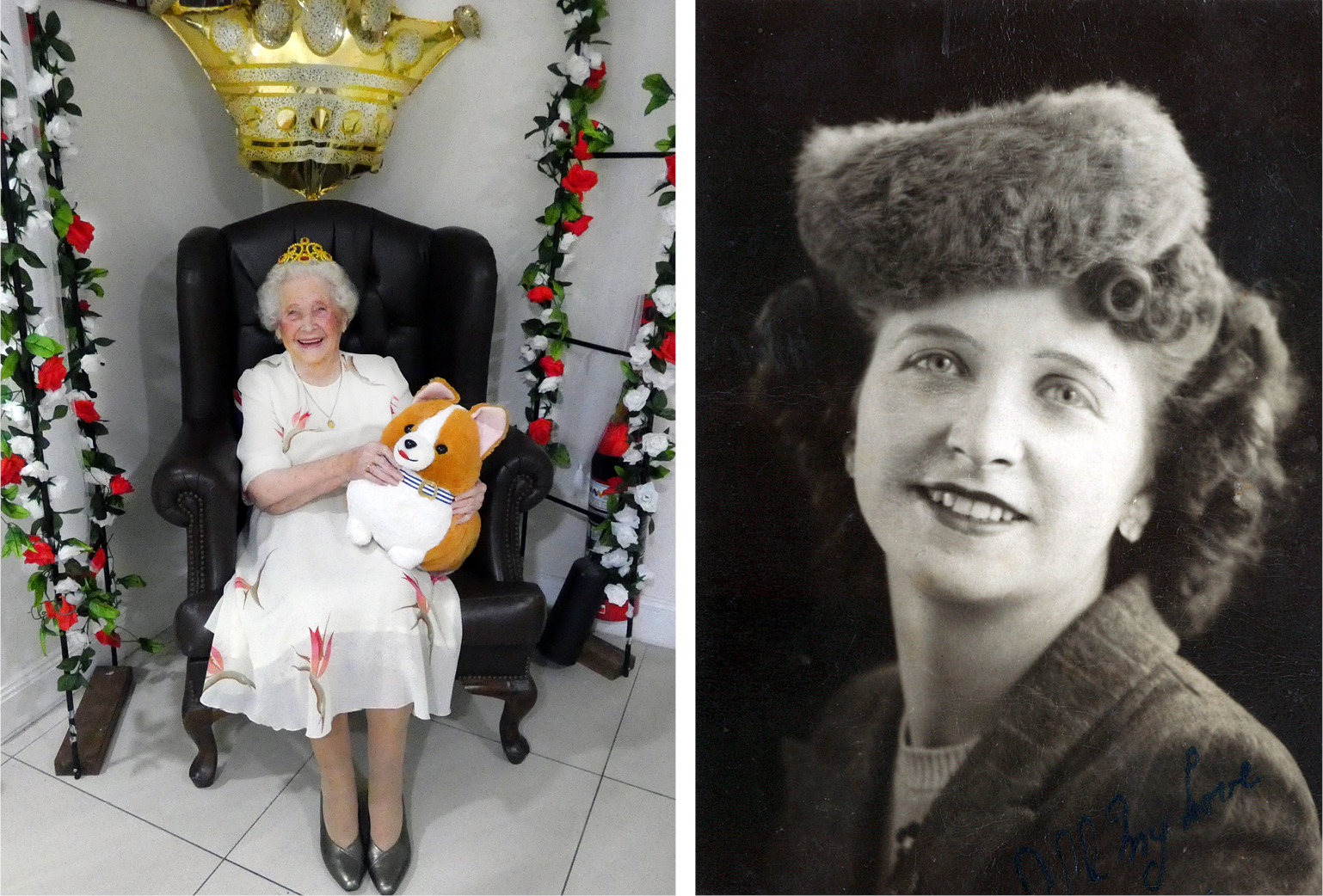 Many residents of aged care homes remember Queen Elizabeth’s coronation and the celebration of her Platinum Jubilee has brought back many fond memories.  Residents and carers at Moran Sylvania have taken celebrations one step further with what looks like a visit from the Queen herself…and her corgis!

Keeping the dream alive is Queen Elizabeth look-a-like and Moran Sylvania resident, Mary Carr, who loves playing along.  Mary was born in Haydon Bridge, a small village in Northumberland, England.  Like our current Queen, she was born in the late 1920s but that is where the similarities end.  Mary remembers a childhood spent skipping and playing in the outdoors.  She went on to work long hours as a tailoress before meeting her future husband, Thomas.  Mary recounted a story about her brush with royalty “I accidentally trespassed with my husband Thomas into Buckingham Palace.  It was during the time when the late Queen Mother was the reigning Queen. Thomas and I had accidentally got lost in London when we visited there.  I remember seeing the Queen Mother when I was taken to some parades in London as a child”.

In 1966 Thomas and Mary brought their family of four sons to Australia as ‘Ten Pound Poms’, a program that brought over a million UK migrants to Australian on board P&O and Orient Line ships.  On arrival in Australia, they stayed at Bunnerong migrant hostel.  Mary worked at Johnson and Johnson Pharmaceutical and for some years at Qantas, where she happily made use of discounted airfares to visit her family back in England.  Mary and Thomas settled in Gymea with their children where she enjoyed cooking and especially baking.

Platinum Jubilee celebrations at Moran Sylvania have included a royal luncheon, an afternoon at the proms and a ceremonial planting of the Queen Elizabeth rose.

“Many of our residents have been reminiscing over the Queen’s reign and her numerous visits to Australia, all of which have happened in their lifetimes.  Our Home’s celebrations of the Platinum Jubilee have been a lot of fun especially with Mary’s help, who has an uncanny likeness to the Queen“ said Moran Sylvania General Manager Lorraine Kelly.

Of the celebrations at Moran Sylvania, Mary said

“It was amazing.  As I walked into the luncheon, they played God Save The Queen and everyone clapped.  It was great to be giving everyone the royal wave as I walked in.  I was given a special place to sit at the head of the table.  It was touching for me to be able to celebrate my culture and my favourite grandmother Queen Elizabeth II.”

When asked about what she likes most about living at Moran Sylvania, Mary said

“I like walking around the gardens, taking part in the wellness program, singing and coming to the parties hosted by Moran Sylvania”.

Contact us to find out more about how you can join the friendly community at Moran Sylvania.