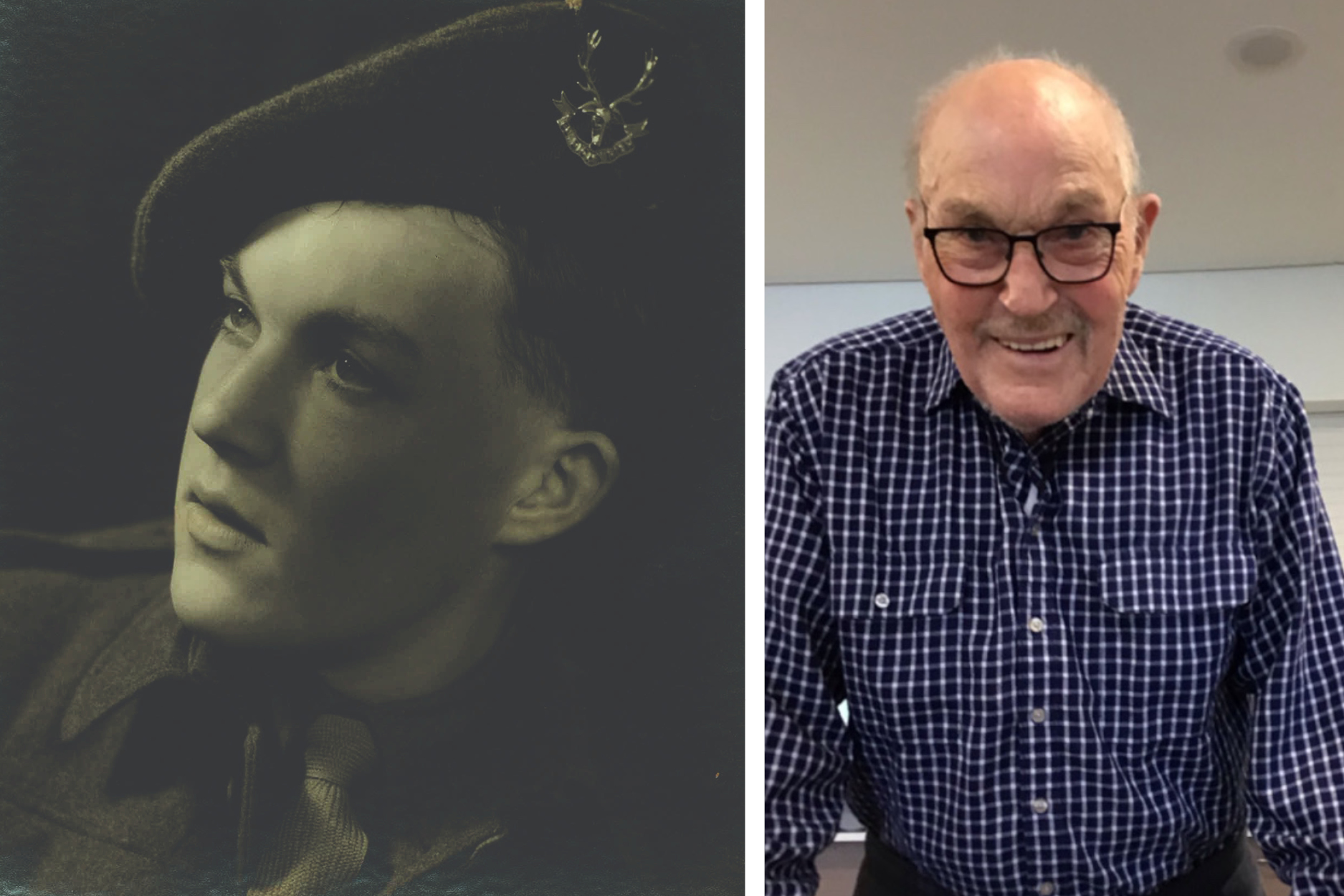 The life stories of residents at Moran Aged Care are as interesting as they are varied and discovering more about our residents helps us to get to know them, understand them better and tailor our care to their needs.  It’s also one of the most rewarding parts of working in an aged care home.  We’d like to share the story of David Chalmers, a resident at Moran Kellyville, who is known as a true gentleman, much loved by his children, grandchildren and great-grandchildren.

David was born in Cornwall and grew up in Berrynarbor, South West England, one of six children.  Three years ago his own children Jenny, Mark and Simon took him back to England to visit some of his relatives and show them the places he remembers, even visiting Watermouth Cottage, where he lived as a youngster.  It was an experience they will never forget.

As a Korean War veteran, David lent a helping hand with the Anzac Day ceremony held at Moran Kellyville this year.  He was only 17 when he went to war with the British Commonwealth Forces and being such a gentleman, took it upon himself to write to his mother at the time to ask if she would give her permission for him to smoke cigarettes!  He was a part of the Seaforth Argyll & Sutherland Highlanders Scotland, Fort George and one of the first British units to serve in Korea, arriving there in September 1950 as part of the 27th British Commonwealth Brigade.  He subsequently returned to England after being injured and receiving a medical discharge.

David married 19 year old Jean in 1955 when he was 25 years old and together, they migrated to Australia as ‘Ten Pound Poms’.  They joined other members of his family, living in Darling Point in a large home converted to apartments where they stayed for 16 years.  Starting out in Australia David worked three jobs; at David Jones, at a petrol station and as a cleaner.  He later became a top salesman, working at HCF for many years.  David and Joan moved from Darling Point to Kingsford and later Castle Hill and together they had three children.   David was a fantastic golfer, he played and coached soccer and cricket and every winter he went skiing. He loves to watch the footy especially his beloved Rabbitohs which he has followed since 1956.

Sadly David’s wife Jean passed away at the young age of 55.  In 2000 he met Janice who he is still with today and whose family has now become his own.

For David’s 80th Birthday his family put together a ‘This is Your Life’ style memoir, a chance for them all to reminisce and something special for his grandchildren to keep.   Overwhelmingly his cheeky sense of humour, his way of helping people and his kind nature were a part of his story. He is known for his amazing smile and he never complains.

David is now a part of the Moran Kellyville community and enjoys a variety of activities on offer.  With the current COVID-19 restrictions, he sometimes finds it a little hard to recognise his family members when they visit with facemasks on – that’s something we can all relate to!

If you’re thinking about moving into residential aged care, we invite you to come and see the community at Moran Kellyville for yourself.  Please contact our Resident Liaison Team on 9881 4222 for information.